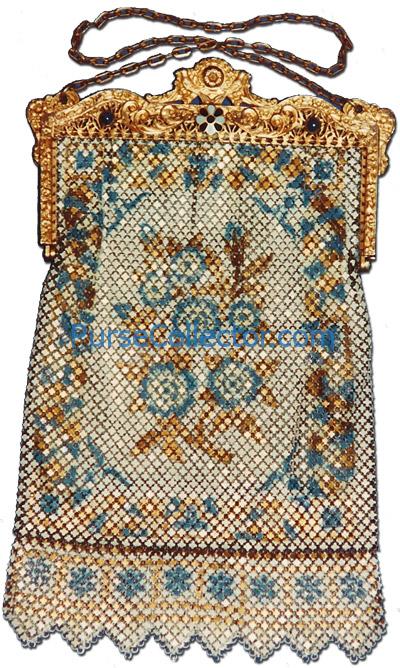 Image 1003 – Mandalian standard flat mesh purse with a floral design and two cabochon glass stones and an enameled decoration on the frame, 5 x 7 ¾.

Mandalian mesh bags present their own set of mysteries. In fact, less information of any kind is available about Mandalian Mfg. and its owner, Sahatiel Mandalian. Although similar in many ways to Whiting & Davis bags, Mandalian mesh purses have an appeal all their own. In some ways the workmanship on Mandalian bags is superior to that of competitors. The metal used for making the Mandalian spiders is thicker, causing the legs to be less likely to come loose from the connecting rings. On some of the better bags the links under the hinges were even soldered together after the bag was assembled to prevent them from pulling apart, a common problem with less well made bags. From an aesthetic viewpoint, Mandalian painted designs are more Victorian looking with an emphasis on pattern florals. In some cases traditional Turkish rug designs reflect Mr. Mandalian’s heritage. Sahatiel Mandalian was granted two patents concerning flat mesh fabric and painting flat mesh. The patent applications were filed April 5, 1924, and June 24, 1924. His company was also recognized in publications of the era as originators of machine-made flat mesh. A patent assigned to Mandalian was filed in November 1912 for a flat mesh machine, some five months before the Whiting & Davis flat mesh machine patent was filed. Whether you favor Mandalian or Whiting & Davis bags, the fact remains that the Mandalian Mfg. Co. played an important role in the development of the mesh bag industry. 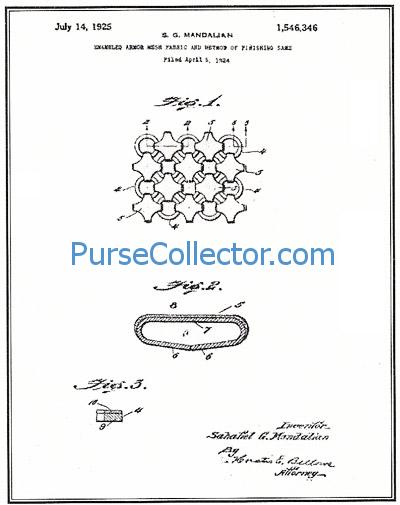 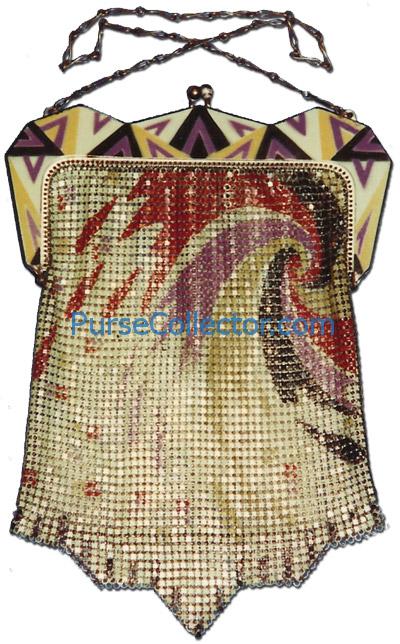 Image 1002 – Whiting & Davis (not marked) regular flat mesh purse with a swirl of colors painted on the mesh and a painted frame with an Art Deco geometric design, 5 ½ x 7 3/8. 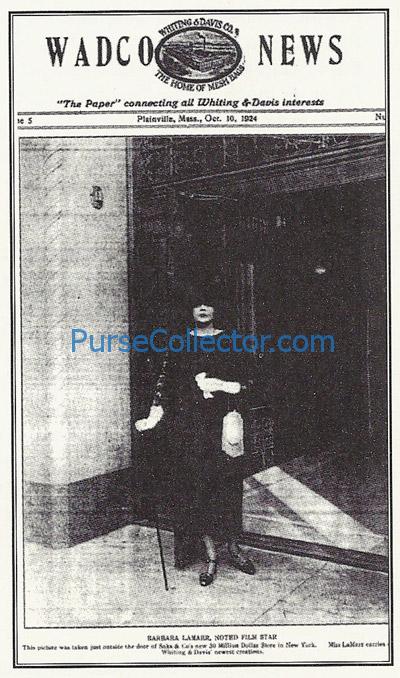 This is probably one of the mysteries that will not be solved. To our knowledge no records detailing such facts were kept that survive today. However, the Whiting & Davis company newsletter, Wadco News, gives some insight into this question. A 1926 Wadco issue noted that only 50 mesh machines were in operation in 1912. In an August 1921 issue, it was stated that 350 mesh machines were in use. Shortly thereafter, the August 1922 issue reported that one department had set a record of 37,704 bags processed in the month of June of the same year. By 1926 the number of mesh machines Whiting & Davis used to produce mesh for bags had risen to 500. One can only imagine how many bags must have been produced each month at that time. It is not known how many bags of a certain design were made, but it was probably more than might be expected since thousands of bags were being produced each month. Collectors today must be asking, “So why can’t I find that one particular design I’m looking for?” That’s a mystery we’d all love to solve. 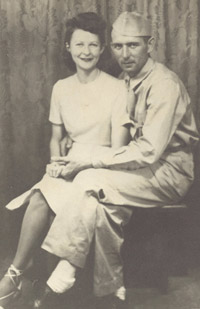 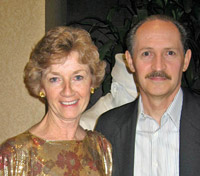